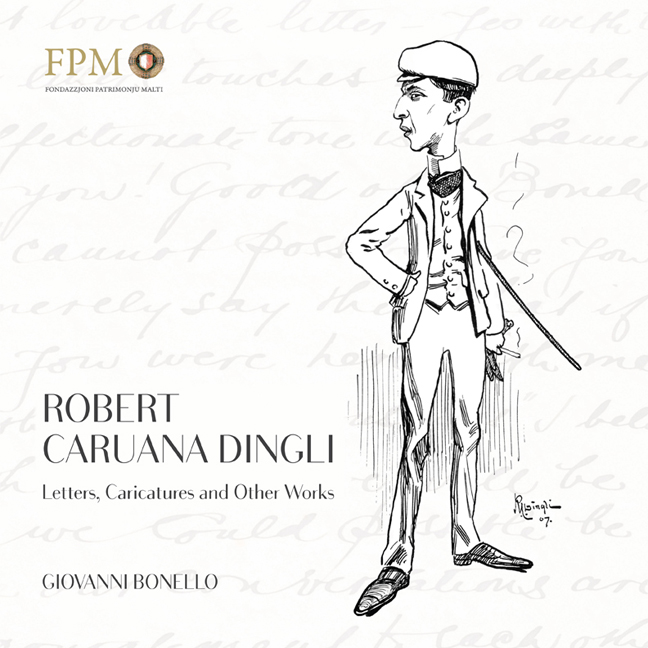 Letters, Caricatures and Other Works

This book makes public a unique trove of over a hundred personal letters written during and after the First World War by Robert to his close friend and mentor, the art expert Vincenzo Bonello. Robert's letters come across as passionate, emotional, often quite over the top, and deal preponderantly with current matters, painters' gossip, art work in progress, money problems, the international art scene and, sometimes, with more personal issues. When he considered the occasion warranted it, he could be mercilessly scathing towards other artists and not averse to resorting to colourful, sometimes scurrilous, if not outright vulgar, turns of phrase.

It can safely be claimed that Robert's letters to Bonello constitute a fundamental breakthrough in the understanding of the art milieu of the early twentieth century. The personality and the spirit of no other Maltese artist of that period have had the fortune of being documented so intimately, almost invasively, as Robert Caruana Dingli's do through these, his own, incredibly candid outpourings. He was a man of intense artistic sensibility, of strong likes and even stronger dislikes.‍

Robert Caruana Dingli's Art - Its Development, What Influenced It and Its Aftermath
Anastasia Anastasi Vella

Letters from London to Vincenzo Bonello in Malta

Letters from Gozo to Vincenzo Bonello in Malta