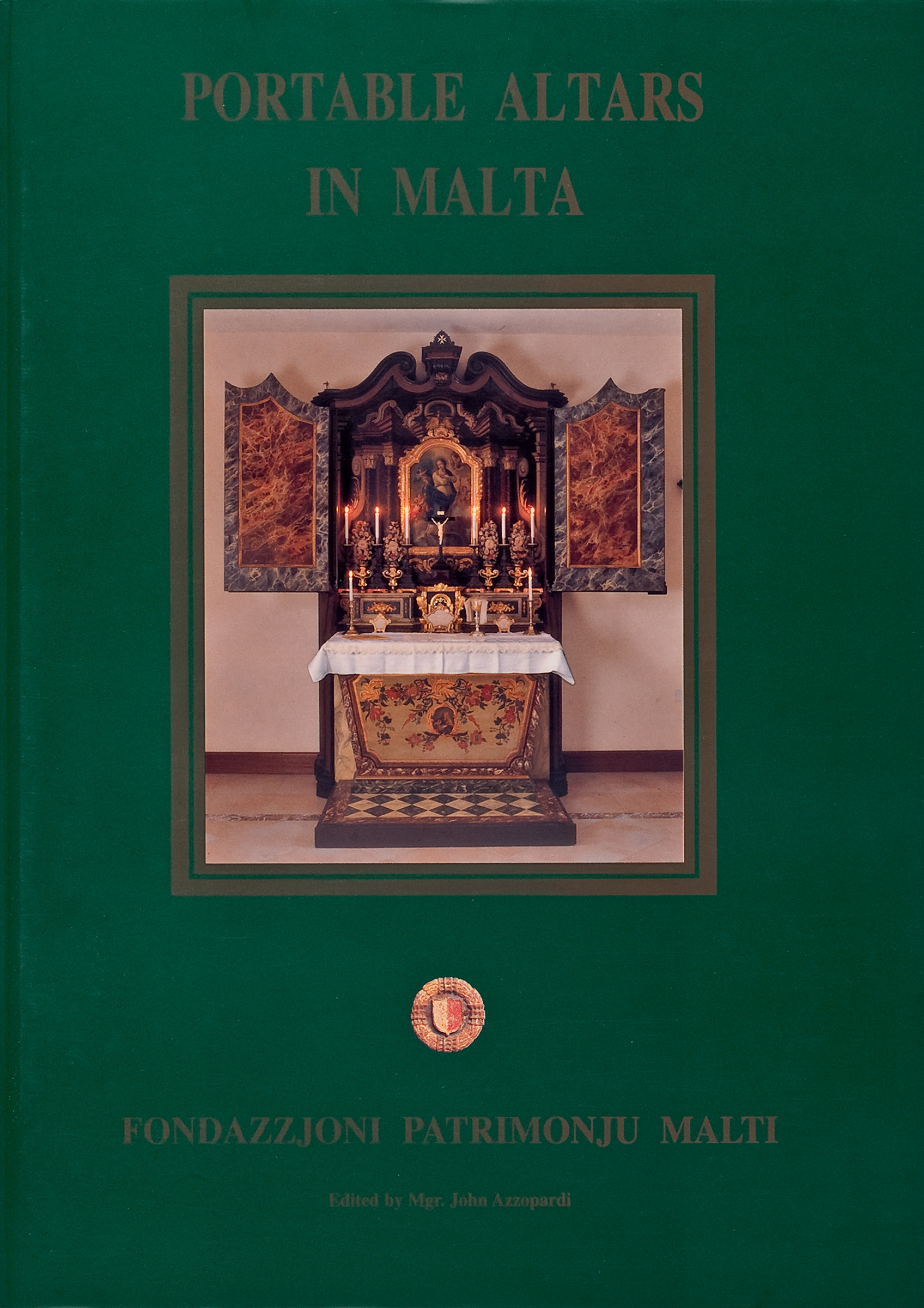 The Christian altar is the table on which the sacrifice of the mass is offered. No mass may be celebrated without an altar or at least an altar stone. Throughout the centuries there have been considerable developments in church practice and legislation regarding the form, position, and material of the altar, and as well as its consecration.‍

Portable Altars in Malta is the catalogue that accompanied 9th exhibition. It illustrates a unique type of altar that is fascinating both in its function and form. The portable altar stone is in the true sense of the word a square slab containing holy relics, big enough to accommodate the base of the chalice. The term ‘portable altar’ however also signifies the larger movable and often domestic structures that contain these consecrated altar stones. This publication offers an in-depth study of these domestic types that often took the form of a bureau or cabinet used by the more well-to-do families when celebrating a religious ceremony.

The articles in this book mainly deal with the varied types of portable altars and their significant uses. One of particular importance and interest features a portable altar that was used on a galley of the Sovereign Military Order of the Knights of St John. No other exemplar has so far been traced in any maritime museum or known collection elsewhere. The catalogue entries provide in writing for the first time ever considerable information from family sources about the recent history of these altars.

The Consecration of the Altar

On the Origin of a Unique 14th Century Portable Altar

The Byzantine Reliquary at the Cathedral Museum

Mass at Sea on Warships of the Order of St John

Cardinal Sciberras Testaferrata - His Bequest to the Cathedral Church