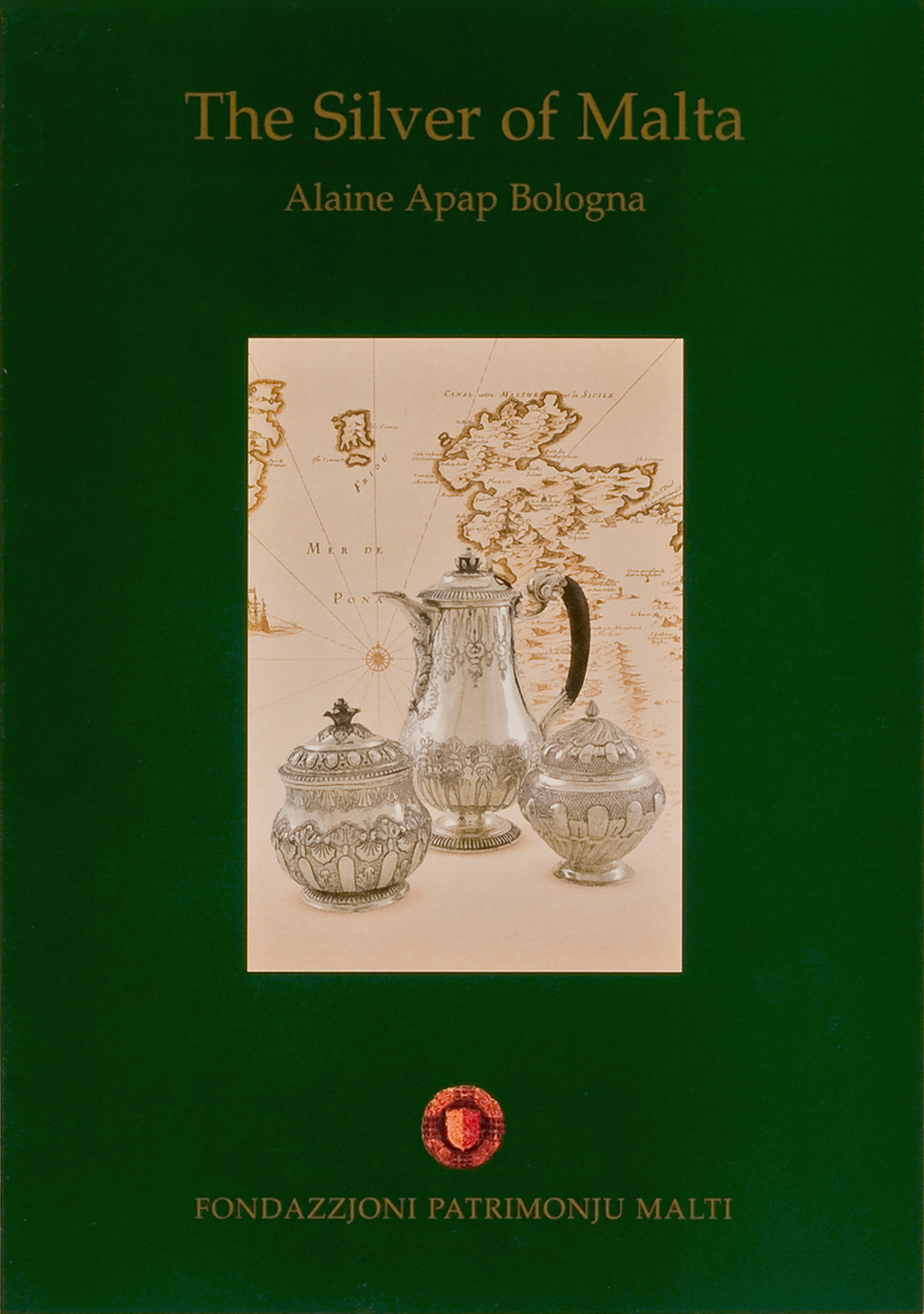 The Silver of Malta

This catalogue was compiled to compliment one of FPM's most prestigious exhibitions, The Silver of Malta. The nine hundred and ninety-five exhibits consist of silver items created by Maltese and foreign silversmiths who settled in Malta from the mid-16th to the 19th Century. These objets d'art commissioned by the Knights, the Maltese and also by the British residents, became highly collectable items of exceptional craftsmanship. The wide variety of exhibits included silver for banqueting and tea tables, the famous oil lamps (lampieri), glove trays (guantieri), salvers (sottocoppe), scent flasks (Balsamini), snuff-boxes, jewellery and several others. Religious silver was also exhibited, but restricted to items used in the house or house chapel.

The catalogue is forwarded by a synoptic essay entitled "The Influence of European Silver on the Maltese Art of Silversmithing", and includes an exhaustive glossary, and an illustrated section of makers' marks of all the recorded silversmiths producing silver in Malta.

Alaine Apap Bologna is an art historian and connoisseur who specialised in silver and objets d'art at Christie's Geneva, where she become the head of the silver and watch departments.