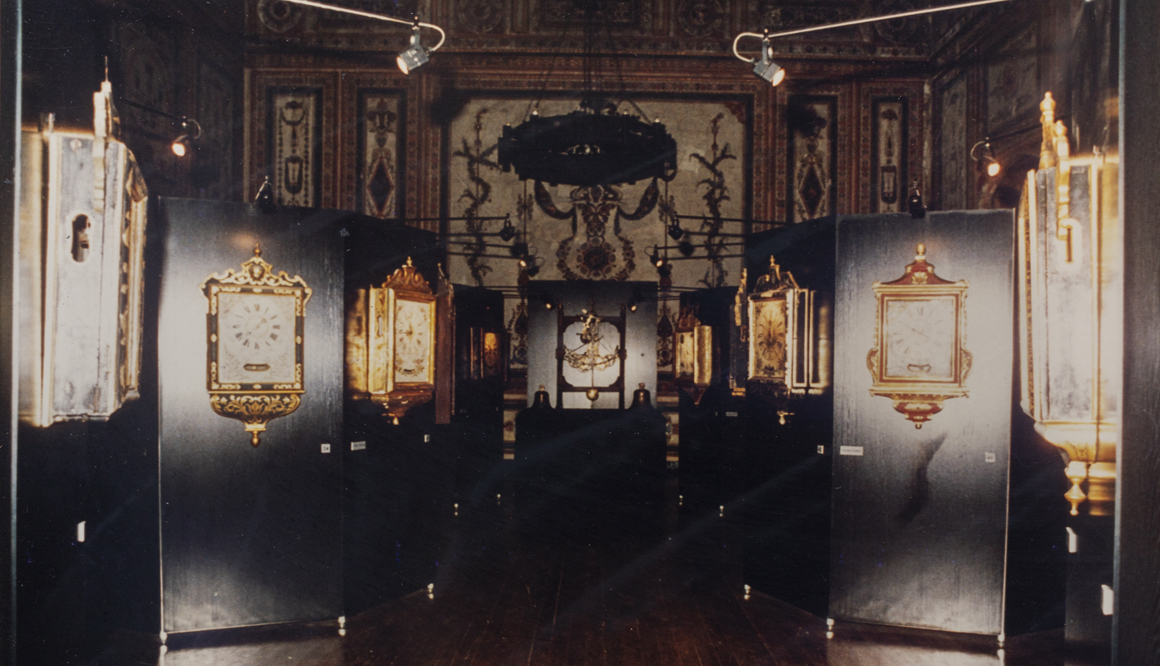 Patrimonju’s first exhibition was dedicated to the unique Maltese wall clock, popularly known as l-Arloġġ tal-Lira.  Consisting of a coloured and gilded wooden case, and containing a locally produced mechanism within, these clocks’ dials were usually adorned with scenes such as seascapes, harbour scenes, landscapes with figures or intricately-painted flowers.  This meant that they also served a decorative purpose, and could be found in palaces, convents, stately homes and the Auberges of the Knights of the Order of St. John, especially during the late 18th century.  This exhibition was held in The Great Hall of the Auberge de Provence, Valletta, and seventy-three examples of these clocks were displayed, together with a selection of mantel and grandfather types.  Also exhibited were some clock movements including one from a turret clock, various sundials, and a full-scale diorama of a fully equipped clockmaker's workshop. 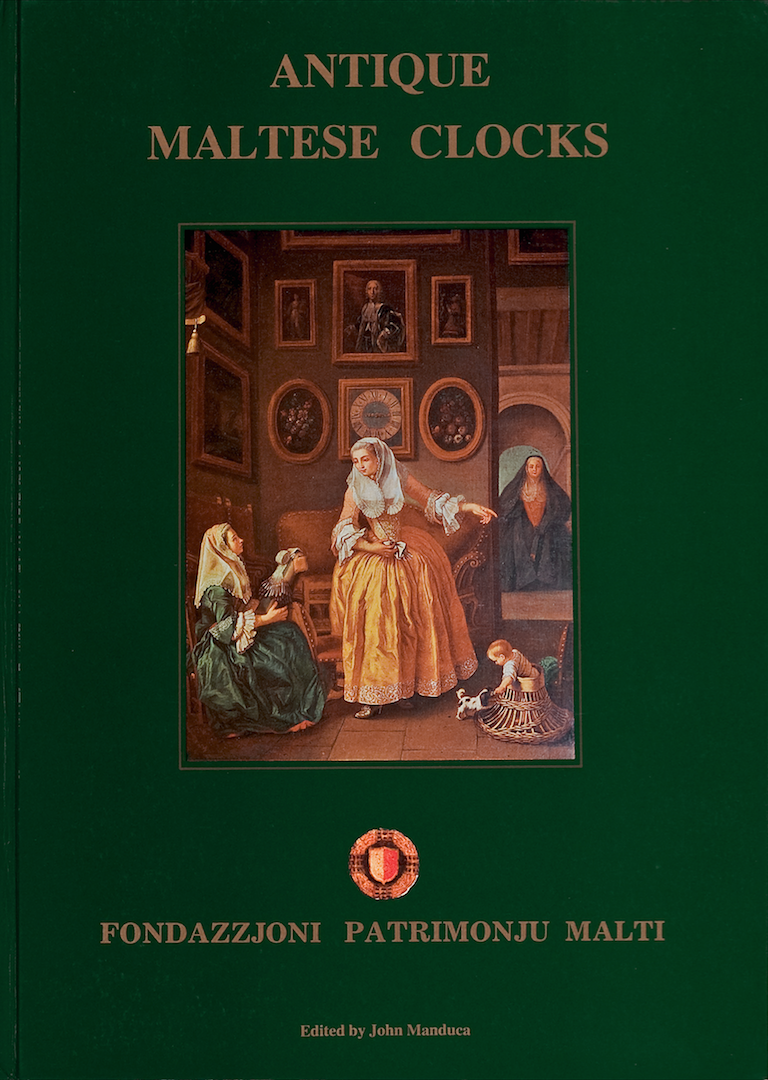