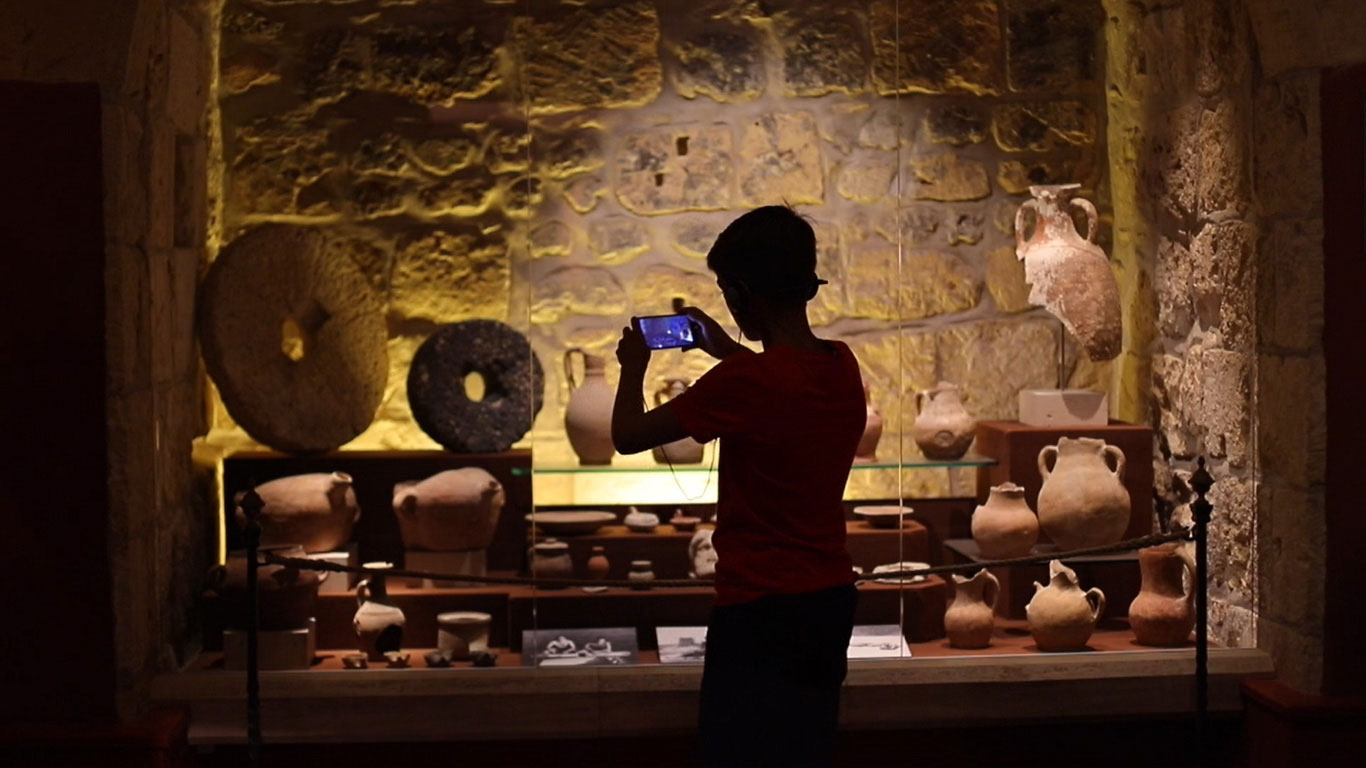 Secrets of Palazzo Falson is an innovative app launched through a joint partnership between the Vodafone Malta Foundation and Fondazzjoni Patrimonju Malti. The AR game invites visitors to unlock the mysteries surrounding the death of the game’s lead protagonist Lady Caterina. It is a fully inclusive AR game that provides a Maltese and English narration and it is also text based for the benefit of the hearing impaired community.

The idea began with the fictional story written by Greek Author, Eleni Papadopoulou. She tells us that "it started a couple of years ago when I wanted to do a project related to a Maltese museum." Eleni explains that Palazzo Falson was very open to conduct her research in the museum and "during the process I learned a lot of stories and legends about the museum, including some ghost stories." The Palazzo’s long history and the myths surrounding its past residents were the initial inspiration for Eleni.

The app was designed and developed by local tech company, Mighty Box. The overall supervision of the technical process was overseen by Marvin Zammit. He explains that "the app is based on AR which means that you can point your mobile device at your surroundings and things will pop up on your screen which are not there in real life. So, you’ll see paintings being animated, characters will talk to you and objects will move." He goes on to say that, "the technology is particularly innovative because it works without specially printed markers," which would interfere with the aesthetics of the museum rather, "we use the actual environment of the Palazzo itself."

Palazzo Falson’s curator, Caroline Tonna, adds that, "this is a very exciting project that gives the opportunity to use innovative technology in the museum and enhance the visitors experience. The AR game involves the personal interaction of the visitor with the real objects in our collections that are given a different interpretation and perspective. Secrets of Palazzo Falson is an entertaining experience that will attract a new audience and after playing the game, the visitors will be invited to take an audio guided tour of the remarkable history of this historic house museum and its collections.  At Palazzo Falson, we are moving ahead with times and giving more value to our museum”.

Michel Macelli, chairman of the Vodafone Malta Foundation, tells us that "the Vodafone Malta Foundation has had a long-standing relationship with Fondazzjoni Patrimonju Malti, but this was the first time that we collaborated on a project under our Connecting for Good programme, which is all about harnessing the power of mobile technology to bring about social benefit. We are using cutting-edge augmented reality technology, which is a first for any museum in Malta. It is an engaging way of helping visitors experience the Museum anew, whilst also rendering the Museum more attractive particularly to children and teenagers, who may not be Museum-goers.”

Secrets of Palazzo Falson can be downloaded for free on own mobile or notebook device upon purchase of a ticket at Palazzo Falson Historic House Museum in Mdina. The game is suitable for ages 12+.