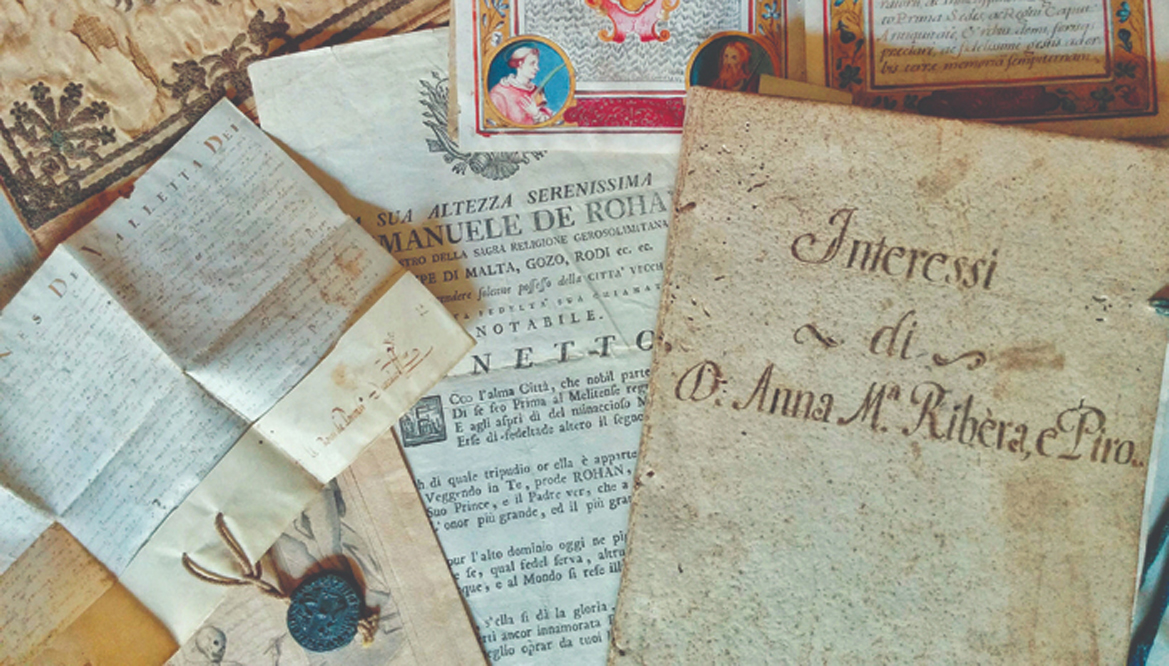 Further to the digitization of the O.F. Gollcher archives, library and historic documents in the winter of 2014, which form an important part of the Palazzo Falson collection, Fondazzjoni Patrimonju Malti (FPM) has recently signed a partnership agreement with The Malta Study Centre at the Hill Museum & Manuscript Library (HMML) in Collegeville, Minnesota, USA, to begin digitizing private collections of pre-1800 manuscript collections in Malta.

This is the first, comprehensive partnership for both FPM and HMML regarding private collections in Malta, and the first attempt to systematically catalogue and digitize these valuable cultural resources. Digitization on part of the Sir Hannibal Scicluna archive began in November 2015 and should be completed towards the end of this year. FPM and HMML have also concurrently commenced works on the impressive De Piro archive at Casa Rocca Picolla, and this will last at least two years. While HMML staff coordinate the project, local Maltese technicians, trained by HMML, are conducting the work with the help and expertise of FPM’s staff and curators.

Malta’s private collections contain important manuscript and archival material, including rich information about the socio-economic history of the island. The detailed work carried out by FPM and HMML will enable scholars to access the rich data through FPM’s and HMML’s growing online environment.

The metadata and images gathered by FPM and HMML during the course of the projects will become part of HMML’s expanding online digital collection. Michael Lowell, CEO of FPM said: "Our ongoing work with local scholars will increase the knowledge of these important archives and Malta’s history. Most of the records that are being digitized are also of significant benefit for Mediterranean scholars, Maltese historians and academics in general."

The Malta Study Centre was founded in 1973 by Honorary Consul General of Malta-Saint Paul/Minneapolis, Joseph S. Micallef, KMOb. The centre sponsors digitization projects to preserve the history of Malta, the Sovereign Military Hospitaller Order of St John of Jerusalem of Rhodes and of Malta, and the history of the Crusades. One of the world’s leading cultural-preservation institutions, HMML’s mission is to identify, digitally photograph, catalogue and archive the contents of endangered manuscripts belonging to threatened communities, and to make these unique cultural resources available to users around the world. Since 1965, HMML has formed partnerships with over 540 libraries and archives to photograph more than 140,000 medieval, renaissance and early-modern manuscripts from Europe, Africa, the Middle East and India.