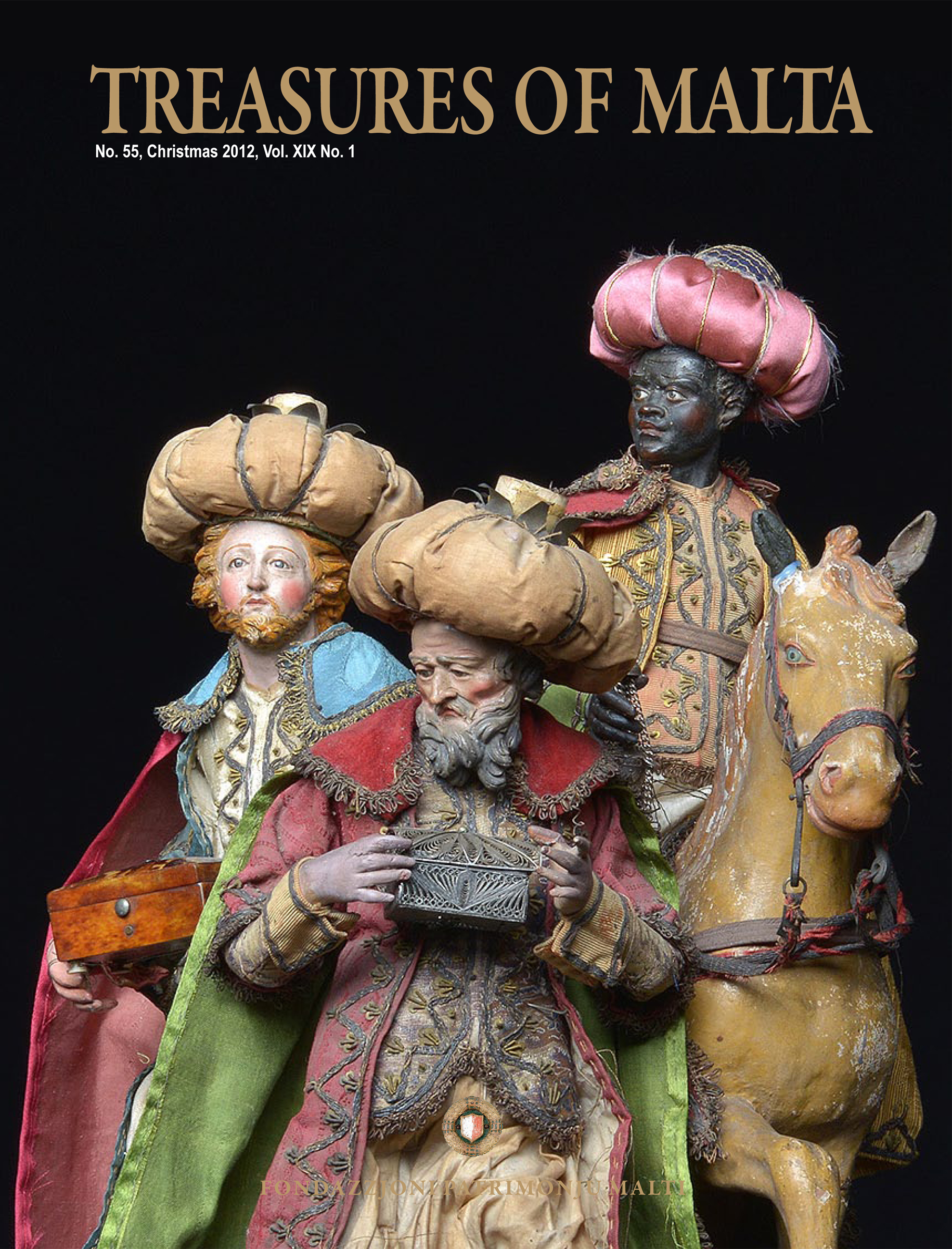 Treasures from the National Library

Captain Juan de la Cerda and the Great Siege of Malta: A confused story
Bruce Ware Allen introduces us to this controversial character, and recounts the part he played in the Great Siege

Frank Portelli: Pioneer and artist
In this instalment about pioneers of modern art in Malta, Kenneth Wain discusses the innovative oeuvre of one of the foremost artists of his generation

Helmet plates, badges and buttons at the Armed Forces of Malta Officers' Mess

A subject index to the illustrations in Treasures of Malta, Vol.XVIII