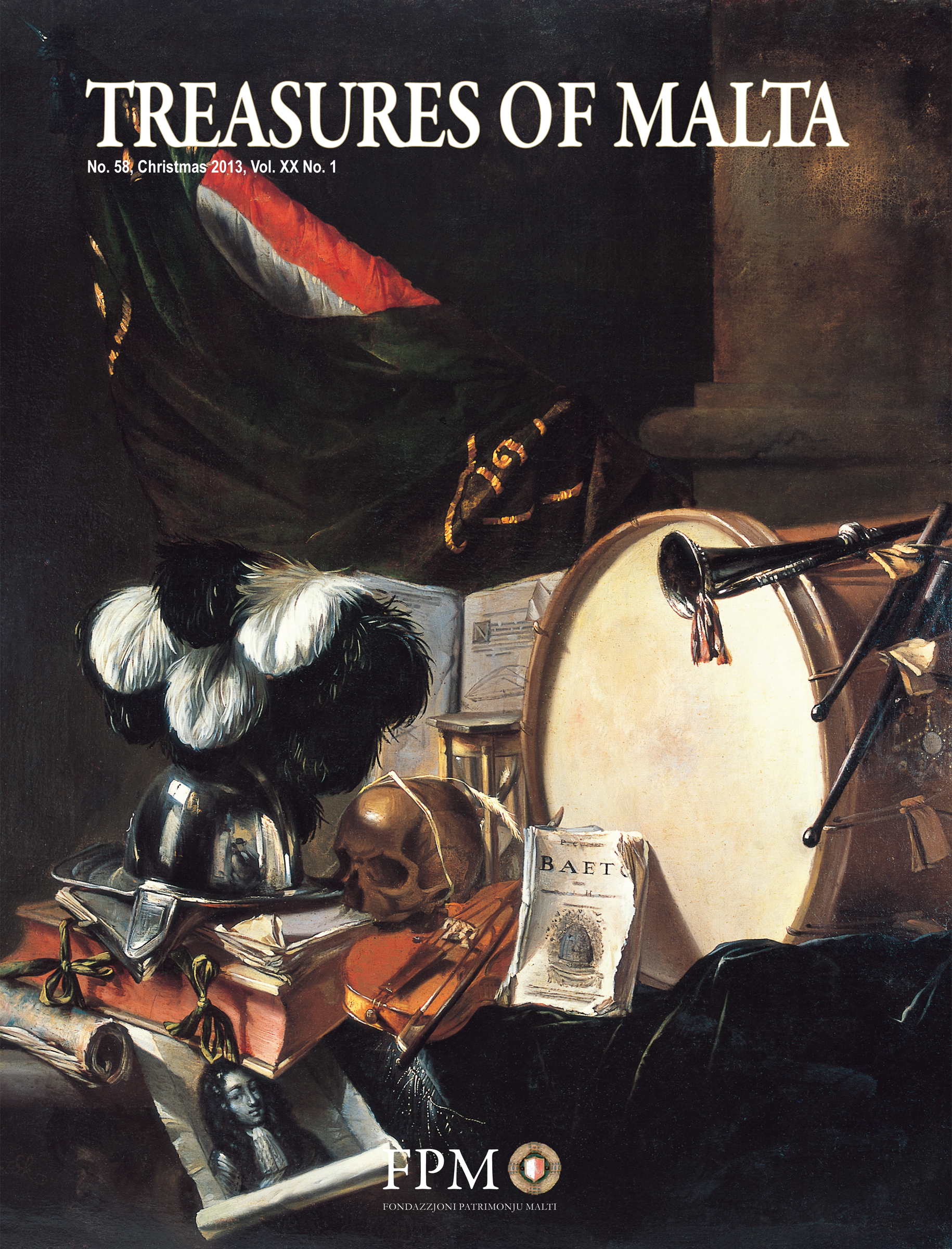 Victor Anastasi and his contribution to architectural and urban design in Malta
The first monographic study on Victor Anastasi, this article is written by his granddaughter Martina Caruana to mark the centenary of his birth

Discovering a lost eighteenth-century painting of the Crucifixion
Pierre Bugeja

Edward Lear in Malta - New revelations
John Varriano analyses the diary of this eccentric artist, which sheds light on the time he spent on our island

A subject index to the illustrations in Treasures of Malta, Vol. XIX
Paul Xuereb