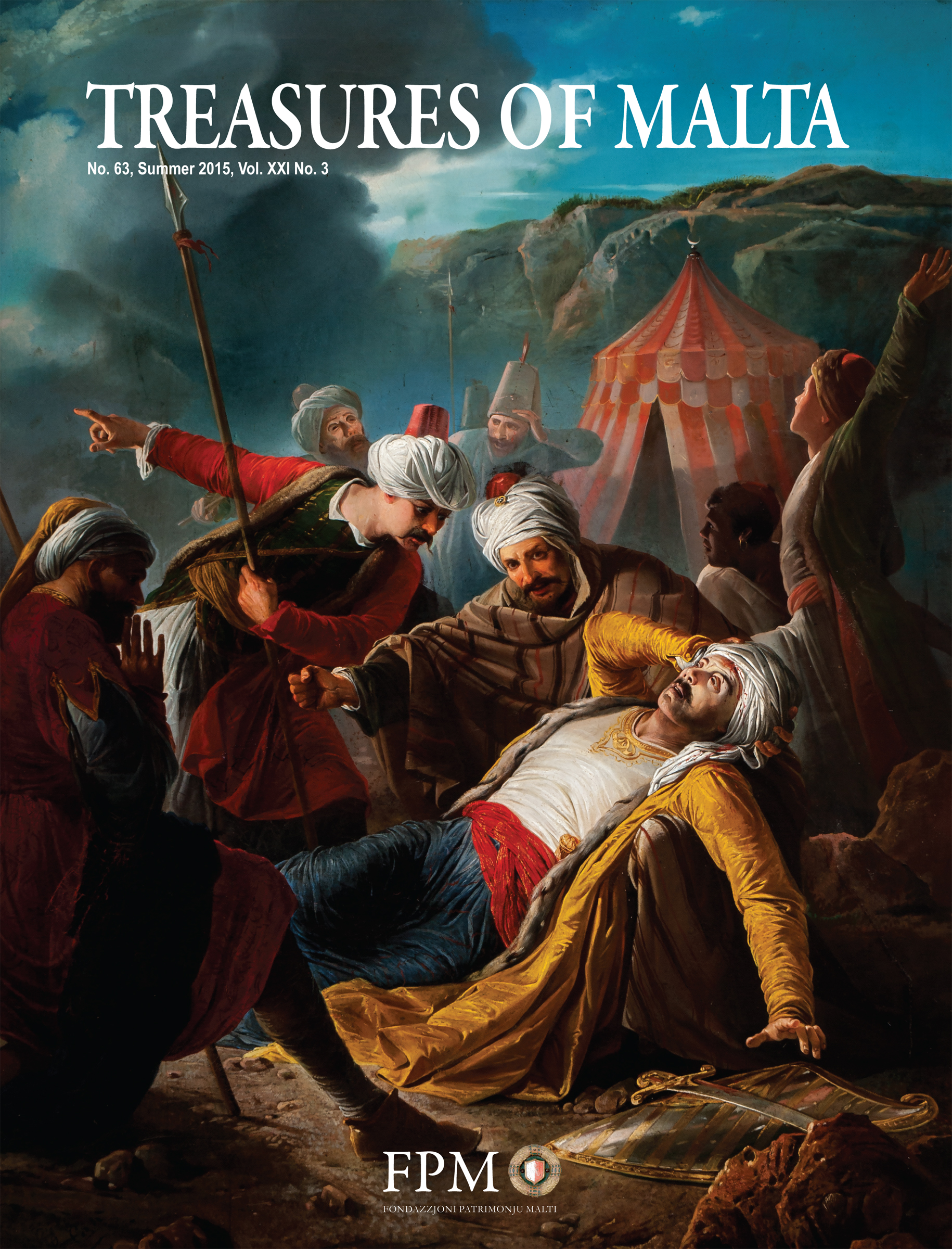 Souvenirs of Ascanio della Corgna
Robert Dauber discusses this notorious character, who was the chief strategist and Field Marshall of the Gran Soccorso

Sounds of war and the exotic alla turca
Anna Borg Cardona discusses the terrifying sound that would have accompanied the Turkish troops during the Great Siege, and its influence

Melchor de Monserrat
Christopher Gerrard and Alejandra Gutierrez elaborate on one of the heroic figures of the Great Siege, the Monserrat family and the preceptory in Ambel, Spain

The Conservation of The Massacre of the Knights of Malta at Fort St Elmo in 1565, attributed to Bartolomeo Garagona

Is this Grand Master Jean de Valette's Armour?
Robert Attard examines the attributions and debates whether the pieces at the Palace Armoury in Valletta belong to the Grand Master

The Fortaleza of St Elmo
Stephen C. Spiteri discusses the architectural elements of Fort St Elmo, as well as the weaknesses that would contribute to its capture