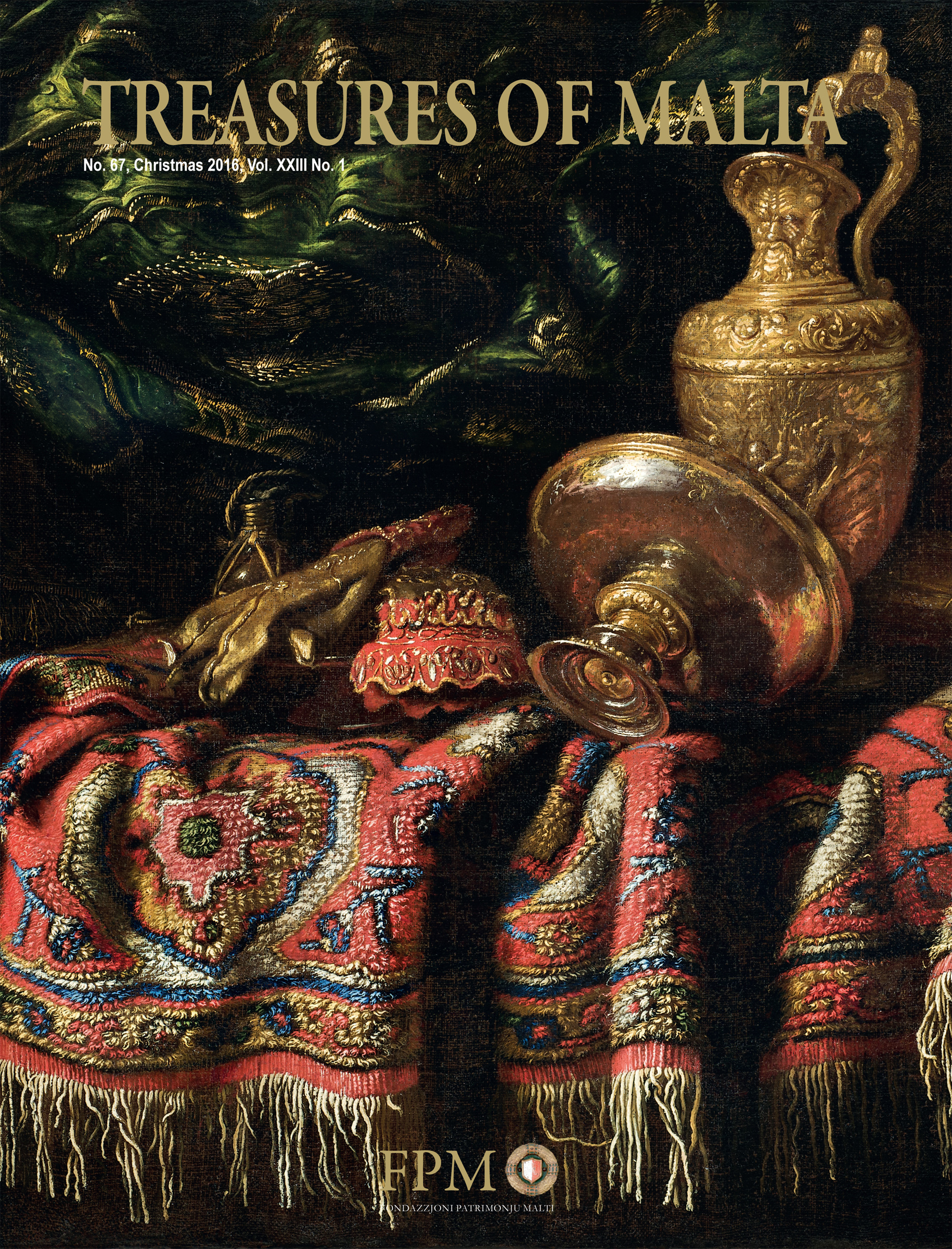 At Sea with Captain Michele Picasso in 1794
In this third instalment about corsairing escapades, Liam Gauci introduces us to one of the most active corsair captains on the Island in the last decade of the 18th century

The Icon of Our Lady of Mellieha: A journey through the multi-disciplinary conservation project
Valentina Lupo and Maria Grazia Zenzani

Fra Don Fernando Alvarez de Toledo, Prior of Castille, in Malta
Robert L. Dauber gives us a succinct biography of this Spanish military personality and details his brief visit to the Island in 1566

A new attribution to the enigmatic Cassarino, and some reflections on his works
Eric Fenech Sevasta and Keith Sciberras present further clarifications regarding the oeuvre of this perplexing artist

A subject index to the Illustrations in Treasures of Malta, Vol. XXII
Paul Xuereb