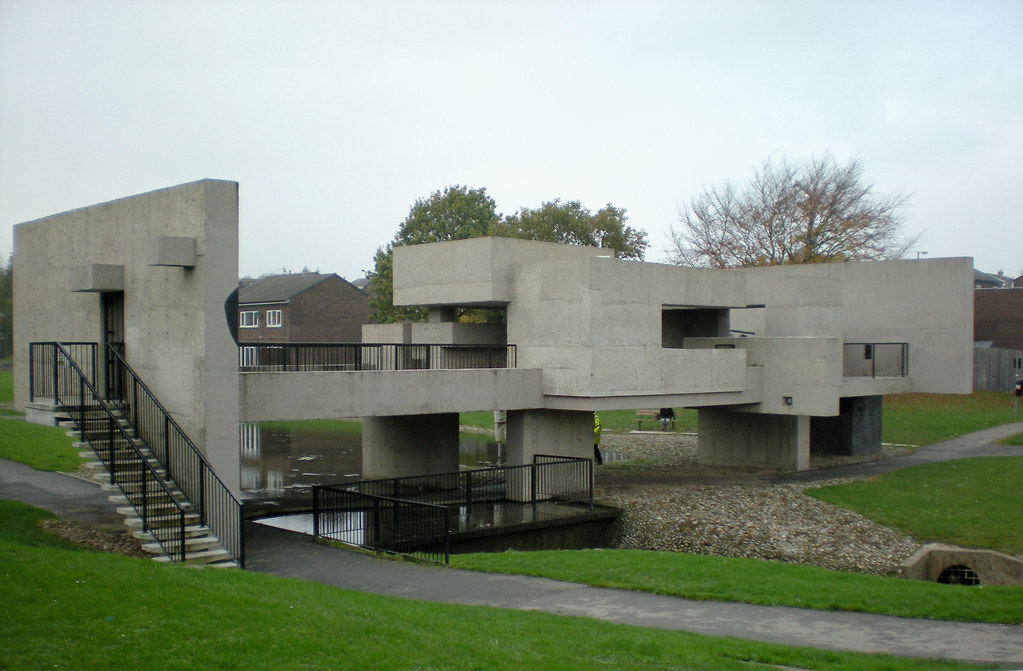 Changing the Process of Painting Series

It was Pasmore’s move into abstract art that allowed his progression from two-dimensional art, to collages, to reliefs, to installation and eventually to architecture to happen. This, along with his desire to have the viewer as physically involved as possible, encouraged the metamorphosis of his work. An Exhibit (1957) and An Exhibit II (1959) are Pasmore’s largest works. These installations consisted of rectangular sheets of plastic decorated with collages and hung at different heights and at different angles. They formed amaze which people could walk through and around, enabling a full experience. Pasmore said; "In this new approach the work of art is an actual object and the spectator can get a new dimension by actually feeling the work, handling it, and if it were large enough, he could get into it." (Victor Pasmore ed. Alastair Grieve).

‍
In 1955 Pasmore was appointed Consulting Director of Architectural Design of the Peterlee development corporation in County Durham. Here he designed a central pavilion that bridged the two sides of Peterlee across a lake also providing a pedestrian link from one side to the other. The building is in the Brutalist style that emerged in post war Britain at this time, with an emphasis on shapes and structure rather than decoration. The pavilion structure was cast on site from reinforced concrete, and the massive rectangular slabs fit into each other or are placed on top of one another. The relationships between spaces through which Pasmore’s work evolved over the years culminated in this striking modernist building named The Apollo Pavilion – a symbol of optimism in reference to the Apollo Space Program.