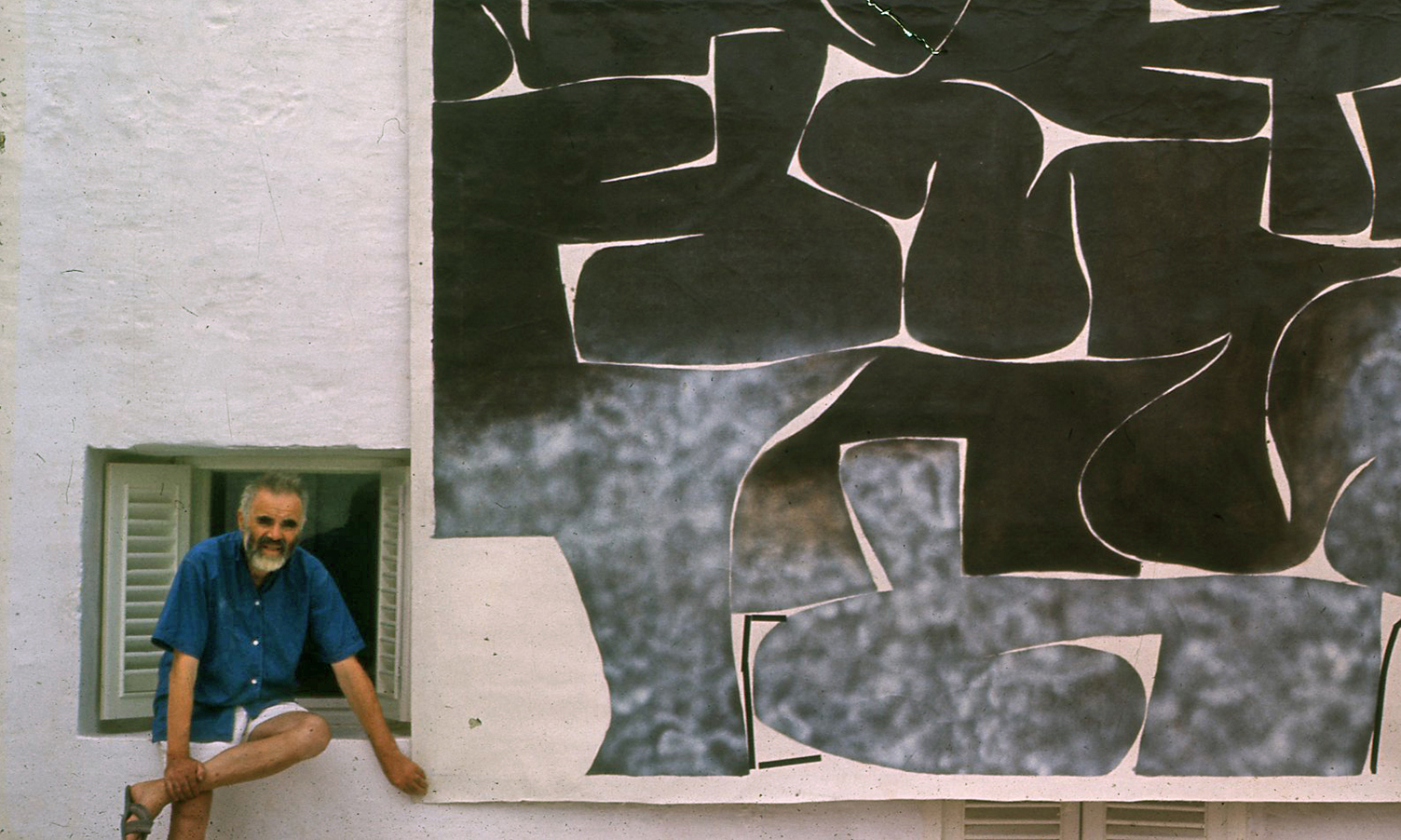 Changing the Process of Painting Series

In 1966 Victor Pasmore and his wife Wendy moved to Malta and bought a house in Gudja – Dar Gamri - where they lived until Pasmore’s death in 1998.  It was around this time that Pasmore shifted back to painting and experimented with other visual media such as print-making.We can refer to this last phase of his career as the final transition, where despite a return to painting, it is in a completely different style to that of his early works. Pasmore rediscovered an interest in Surrealism with particular admiration for Miro, and his art now takes on an organic and rhythmic quality. Colours are vibrant but shapes are soft and seem to metamorphosise within the painting. The use of new techniques such as sponge and spray painting contribute to the sensation of merging forms. There is constant movement as opposed to the stasis of his earlier abstract works and Pasmore becomes composer rather than just painter. Critics have understandably attempted to attribute this drastic change in artistic direction to the equally drastic change in environment, yet Pasmore confirmed that he never tried to paint the colours of the Mediterranean but admitted that ‘one is subconsciously affected by one’s environment’. Pasmore leaves behind an incredible legacy, having embraced abstract art in all forms as his true means of expression. On discussing the issue of abstraction, his brother Stephen once said, ‘the task of the abstract painter today is different because he is striving to express beauty without recourse to the inherent appeal to natural forms.’ This tends to become most evident in Pasmore’s works from this period.

The Victor Pasmore Gallery here in Malta is an outstanding example of the final phase of Pasmore’s works. A return to abstract paintings which are fluid compositions of form and colour, as well as a play on opposing forces that was always such a strong presence in Pasmore’s work. Here we find the culmination of a journey of experimentation, expression and transition.

This photograph (courtesy of John Pasmore) shows Victor Pasmore in Malta in 1978 with one of his more typical works of the period. Despite venturing much more into colour throughout these years, he still enjoyed using pure black especially for some of the larger works. The shapes are soft and bump into one another creating contact at all times. Although the harsh lines of his earlier geometric shapes are lost, one can still appreciate the idea of construction as shapes harmoniously fit into or build onto each other.