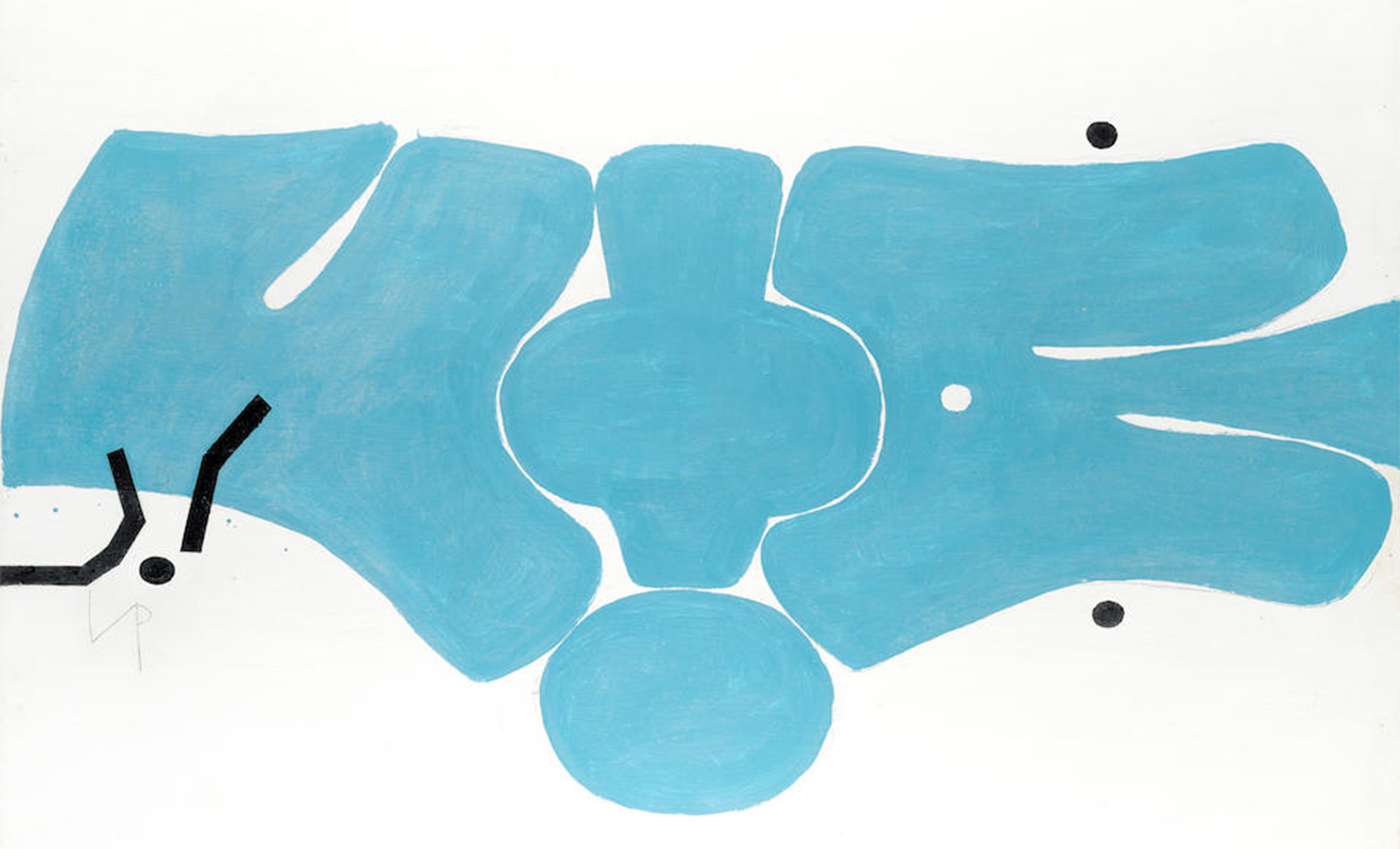 Victor Pasmore, friend and mentor to Gabriel Caruana once said: ‘Caruana’s art is always fresh and free, always alive and bold; it possesses the same verve that gave birth to the modern independence in painting and sculpture.’

Considered to be one of the pioneers of Maltese modern art, Caruana’s career was a long and prolific one.Innovative, experimental, varied, passionate are just some of the adjectives that best describe Caruana’s work. Sculpture, paintings, ceramics, murals, electrical lighting, carnival masks and floats is not even a complete list of Caruana’s impressive achievements. Caruana drew inspiration from Malta’s rich history, its environment and ambience as well as religious symbolism. Having also studied in Italy, the UK, and the USA, Caruana was fortunate to rub shoulders, and discuss art with, a number of prominent artists at the time and also exhibited his works outside Malta.

The Birds (signed, 1999) is a ceramic wall plaque of two birds in a blue glaze. As with all of Caruana’s work, his imprint as creator is seen in the busy markings on the artwork - circular indents, scratchings and a prominent signature. Birds are a symbol of freedom, and doves in particular symbolize love and peace. The beautiful blue glaze that alternates with a lighter, almost white colour is reminiscent of the sky and clouds and has an effortless lightness that is always so captivating when watching birds fly. Whilst the heads of the birds have minimalistic features, the wings are given more detail with their frilled edges and scratched feather markings.

Instilling in the viewer the same sense of flight and weightlessness is Victor Pasmore’s Blue Movement (signed, undated). In these late works produced in Malta, Pasmore uses a more Mediterranean palette, where the use of blue is most dominant. This work is painted in oil and pencil on board, though at this time, Pasmore was also prolifically producing graphic prints that corresponded to these paintings. Regardless of the colours used, the one constant in all these works is the interesting use of black and white. The background is usually white, whilst black is used for lines and dots that Pasmore carefully placed across his composition. These markings have more than one purpose – they draw the eye to different areas of the painting, they can balance a composition or show the deep contrast with the curvaceous organic forms, and they always emphasise the harmony of opposing forces that so intrigued Pasmore. In Blue Movement one can easily see a bird in flight with outstretched wings. In Caruana’s Birds, the sense of movement is found in the undulations of the ceramic texture and shift in blue tone, whereas with Pasmore, this is achieved through the use of individual shapes that seem to both repel and attract.

Throughout his life Caruana constantly worked against conventional art forms and continued to search for new means of expression. His drive to promote contemporary art and make it easily accessible to the public was realised in 1990 when he founded The Mill - Art, Culture and Crafts Centre in Birkirkara, Malta, together with his wife Mary Rose.Victor Pasmore was a regular visitor there until his death in 1998.