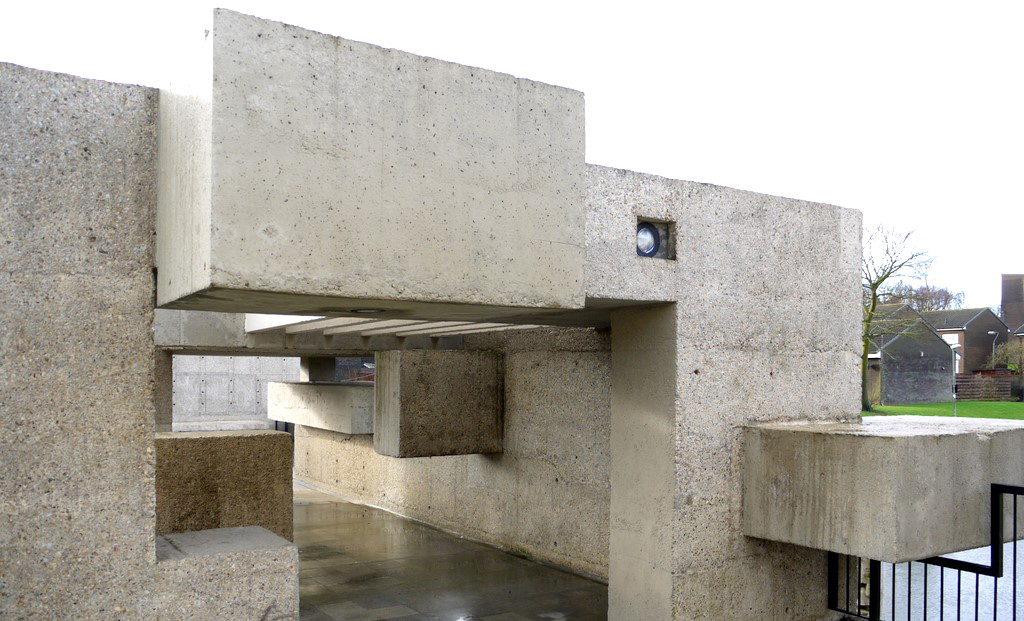 Best known for his hard-edge technique, Harry Alden’s work is instantly recognisable. As the name implies, this style of painting allows for no merging of colours or shapes, so that every colour used becomes a shape in its own right. This was born out of a fascination with spaces – the so-called negative spaces that are seen through the branches of a tree, between the sails of boats and so forth. This type of painting is a constructive process – nothing is left to chance. Having studied at the Malta School of Art, Alden then spent four years studying in England where he was tutored for some time by Op artist Bridget Riley. Whilst Riley’s work is non-figurative, her separation of colours clearly influenced Alden. Alden returned to Malta in 1966 and began a career in teaching art – one that he would retain for the rest of his life.

1966 is also the year Victor Pasmore moved to Malta. By this time Pasmore’s art had evolved considerably however his constructivist phase has much in common with Alden’s work. Like Alden, Pasmore was always intrigued by the relationship between shapes and spaces. Having produced works under the influence of Mondrian, Klee and Nicholson, Pasmore elaborated on the idea of construction by taking it to the highest level – architecture. Between 1958 and 1977 Pasmore was involved in his most ambitious project to date – the Apollo Pavilion in Peterlee, Durham. This is a central structure that spans across a lake providing pedestrian access from one side to the other. The large concrete slabs fit neatly into each other making it a fine example of Brutalist architecture.Interestingly though, this design was directly influenced by works he was carrying out at his home in Gudja, Malta, where he discovered the local thick and heavy stonework.

There is no better place to experience the structure and impeccable design of large slabs of Maltese stone than at the Prehistoric temples. Mnajdra South Temple II by Harry Alden is one of a series that pays tribute to this remarkable feat. Although this work combines oils with fabric collage, Alden remains true to the hard-edge technique. Each shape is distinct, and the shadows and dark interiors executed in pure black or grey are shapes in themselves. As viewers we are drawn to every crack, every shadow and every space in between the stones that are given equal prominence to the large structures. With the Apollo Pavilion Pasmore takes this relationship of spaces a step further as people can walkthrough and around his structure, resulting in full interaction, which is something he had been striving to achieve.