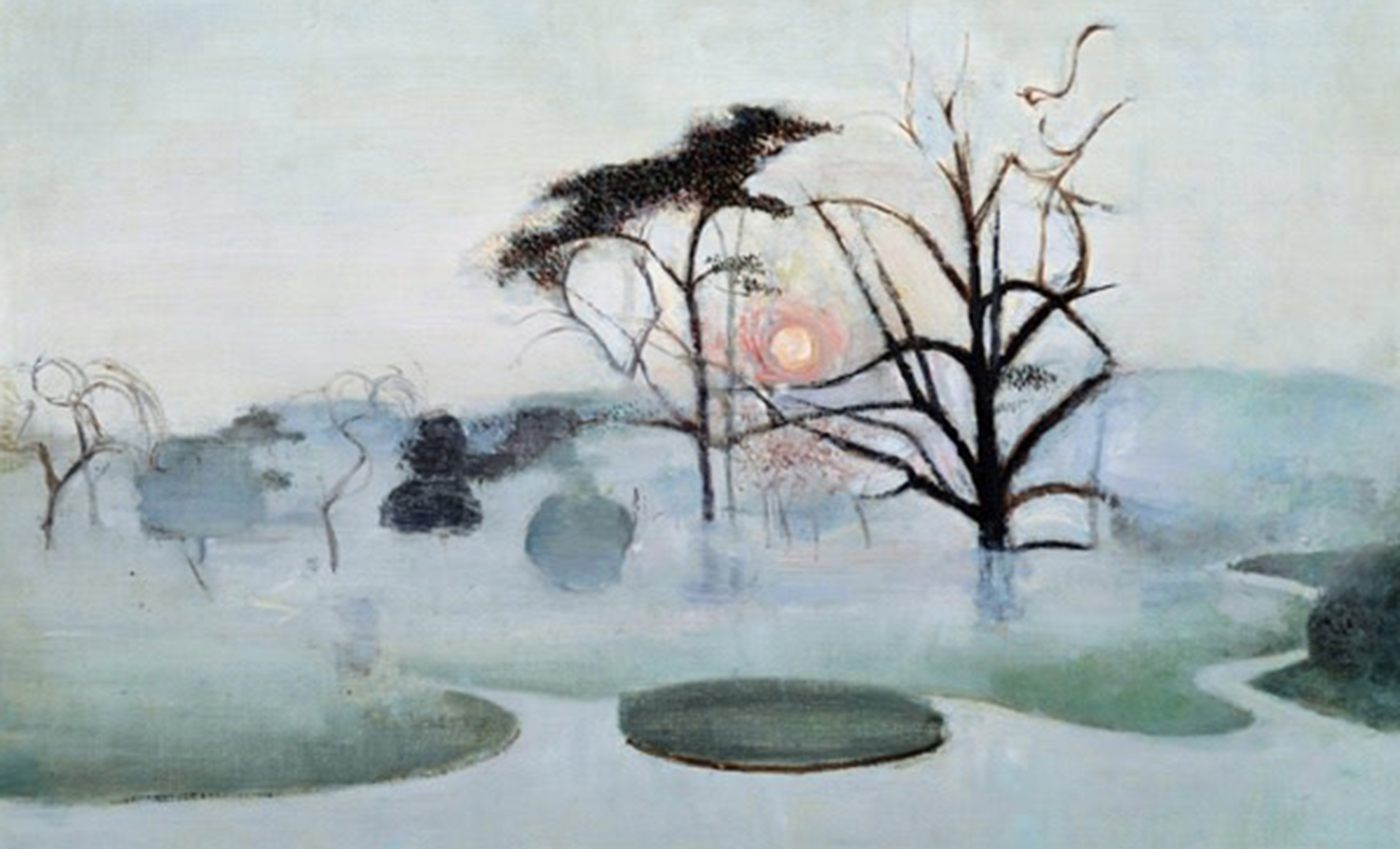 Willie Apap was the youngest child to be born into an already artistic family – his brother Vincent was the renowned sculptor and Joseph was a musician. Like many of his peers, Willie started out at the School of Art in Valletta and eventually managed to obtain a scholarship for painting to the Accademia di Belle Arti in Rome in 1937. Rome is where Apap would choose to make his home and spend most of his life. Apap was a well-known portrait painter yet his main artistic preoccupation was with the human body and the human condition. The female body in particular is carefully studied in his series of ballerina paintings where he got the chance to paint the body both in motion and at rest as he observed these dancers on and off the stage. His paintings of circus workers and street girls are beautiful in their sadness as they portray an element of loneliness and hardship. In all these works Apap takes on the role of voyeur and the compositions are casual and mundane with a touch of the mysterious. The vertical strips of light across his paintings that were attributed a spiritual connotation in his religious works, soon became his trademark, earning him the name il pittore delle strisce.

I’ve chosen a less recognisable work of his to discuss here. Abstract Landscape was painted in 1966, just four years before Apap’s premature demise. It’s a wonderful piece, with Impressionistic overtones and although not immediately visible, closer inspection shows the trademark strisce. A fallen tree with its bare and broken branches lies across the canvas and a group of trees dominates the upper right corner in a blurred technique that alternates pale and deep green corresponding to the vertical bands of light. Apap remained essentially a traditionalist artist and his abstract works are few and far between.

Using a very similar colour palette and subject matter, but completely different in execution, is Victor Pasmore’s Chiswick Park in a Frost which is one of my favourite Pasmore landscapes. The bare trees and foggy, chilly atmosphere are warmed only slightly by the rising sun. But the most remarkable thing about this painting is that here, in 1947, is a striking indication of how Pasmore would develop his art and become the abstract artist he is best known for in the 1980s. The circular shapes and the contours where land and river meet have the same organic properties that become the essence of his later works. Aside from the two central trees, the rest of the painting is made up of shapes that are merely suggestive of the landscape. Pasmore’s later works embrace this theme of soft, mostly curvaceous shapes, executed in block colours, of which he produced oils, prints and watercolours making it his most prolific phase.

Sadly the same cannot be said for Apap who left this world far too soon. Having lived and exhibited mostly in Rome, there is not all that much for us to indulge in herein Malta apart from commissioned portraits. Which is why it was such a treat when in 2018 FPM paid an overdue tribute to Apap with the exhibition Willie Apap: Revelations that was held at the (then) Victor Pasmore Gallery in collaboration with the Central Bank of Malta and the Victor Pasmore Foundation.