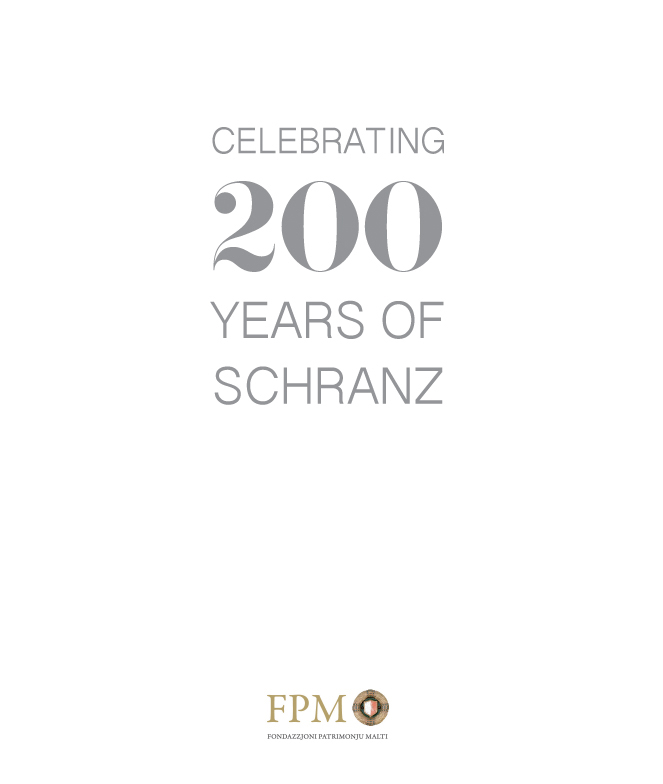 Two hundred years ago the forebears of the Schranz dynasty of artists settled in Malta, and they left an indelible imprint on the aesthetic history of the islands.

A lot was known about them, but a lot more had to be discovered. This book is the springboard for this new research, and, by the end of it, their profile results far less two-dimensional.

The nineteenth-century art scene in Malta did not favour prodigious individualists, outstanding geniuses who revolutionize the history of creativity. It gave rise to a different phenomenon: valid artistic talent filtered through dynasties and generations – the Brocktorffs, the Bellantis and the Schranzes, among others.

So far, too many grey areas, unresolved problems, conflicts of attributions among generations of Schranzes, had bedevilled art critics and historians, more than other composite families of Malta-centred artists.

The Schranzes were probably the first consistent exponents of paesaggismo in Malta, those who introduced the non-Italian Baroque notion that immersion in pure nature can be as aesthetic and virtuous an experience as the portrayal of the achievements of the genius of man or of anything in which man takes centre stage. They can claim to be among the earliest exponents of aesthetic Romanticism.

The Mediterranean in the Early 19th Century: Beyond the Grand Tour (p.19)
Sarah Searight

European Artist-Travellers to Greece in the 18th and 19th Centuries: Visitors to a utopic domain (p.105)
Fani-Maria Tsigakou

Antonio Schranz’s Wanderlust: Looking for his tracks in the sands of many deserts (p.135)
John J. Schranz

Across Cultures: Joseph Schranz and his associates in mid-19th-century Constantinople (p.185)
Briony Llewellyn

The Chine-collé Lithographs of the Schranz Artists (p.339)
Joseph Schirò