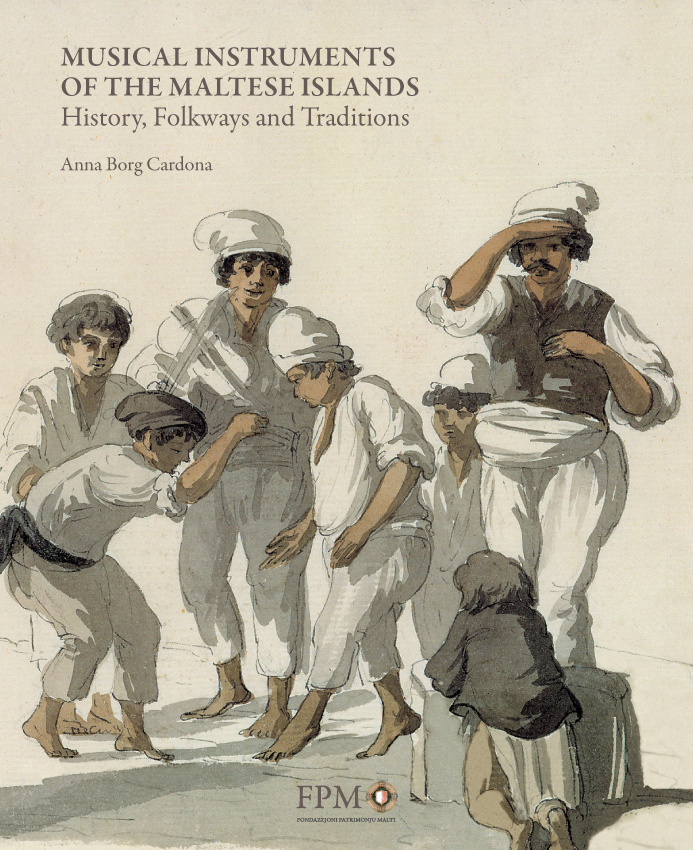 The publication Musical Instruments of the Maltese Islands: History, Folkways and Traditions by Anna Borg Cardona was launched on the 29th May 2014 at Sala Isouard, Manoel Theatre, Valletta.

A thorough overview of Malta’s rich folk soundscape has never been attempted before. In order to establish a clear picture of the Maltese instrumental culture, Anna Borg Cardona draws on documented sources, iconography and vast ethnographic research.

This study deals with anything from the simplest of ephemeral sound producers made by children, to the more complex bagpipes and guitars, with explanations of how each is constructed.

The instruments are discussed within a broader historical framework that shows the influences which have been at play throughout Malta’s voyage through time.

Anna Borg Cardona has dedicated a lifetime to researching Malta’s musical instruments, song, music and dance.  In 2012 she was awarded a Fellowship of the London College of Music for professional achievement in the field of organology and musicology. Her other publications include A Musical Legacy: Malta-related music found in foreign libraries (2002), and the prize-winning Daqq, għana u żfin Malti (2007).

Musical Instruments of the Maltese Islands: History, Folkways and Traditions can be purchased from all leading bookshops for €60.