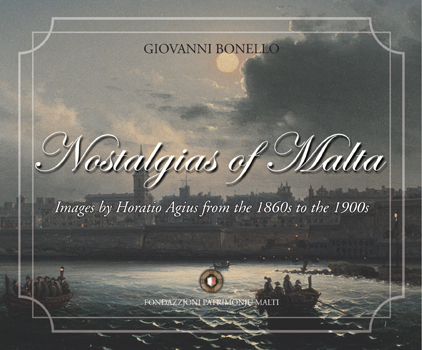 This publication is the fourth in the series of Nostalgias volumes by Giovanni Bonello in which he lays before the reader handsome sets of photographs taken by artists, mainly Maltese, who recorded the appearance of the landscapes and seascapes of the Maltese Islands and, to a smaller extent, that of the people who inhabited them in the late nineteenth century and in the first half of the last century.  Handsomely bound and elegantly designed like its predecessors, Nostalgias of Malta - Images by Horatio Agius from the 1860s to the 1900s, should sit proudly on a bookshelf or on a coffee table, whilst being pleasantly useful as a work of reference, or as one of those books through which it is pleasant just to leaf idly.

As usual, Giovanni Bonello has not just made a careful choice of those photographs from Horatio Agius’s studio to include, but has also made sure that those of them to whom time has been unkind have been professionally doctored.  He has also provided one of his very readable and carefully researched introductions to Agius as an artist and as a man.  In fact, the early part of the introduction will remind readers of Bonello’s numerous articles about people – Maltese, Knights of St John and Britons – whose lives were noted for irregularities in social mores, as he reveals that Agius was born in 1844 out of wedlock to a married woman, and a father who was to recognise him when Horatio was twenty-six years old.

The boy did not receive a regular schooling, it seems, but he managed to learn a photographer’s technical skill, and over the years made some good money out of photography.  He tried his best to achieve social acceptance by acquiring immovable property, marrying as the second of his two wives a woman from a good middle-class family, and finally by buying himself a dubious Neapolitan knighthood, following which he styled himself Chev Horatio Agius.  He died in 1910.

His many photographs, many of which are remarkable for their sharpness, provide a fine record of Valletta, its harbours, and of Cottonera in the last few decades of Queen Victoria’s reign.  The captions used for the original prints have been retained, leading to hilarious phrases such as “French Chapee [for Chapel]” or “Colidor of the Armoury”.  The greatest novelty is the series of figures in lay or religious garb – cotton spinner, chorister, peasant, Capuchin Father, etc.  A photograph showing “The Boys of HMS Garnet” – naval ratings wearing the large straw hats still worn as part of the summer uniform in Victorian times – should become a favourite especially with English readers. 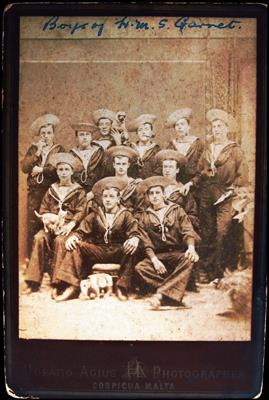 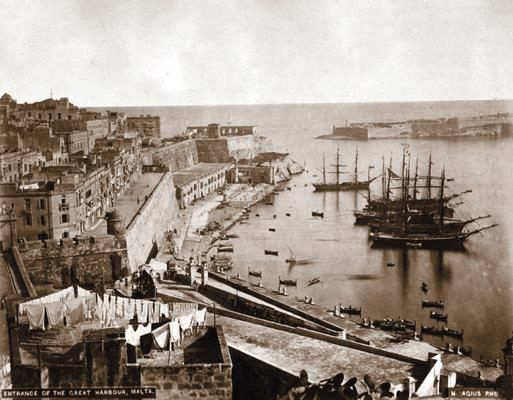