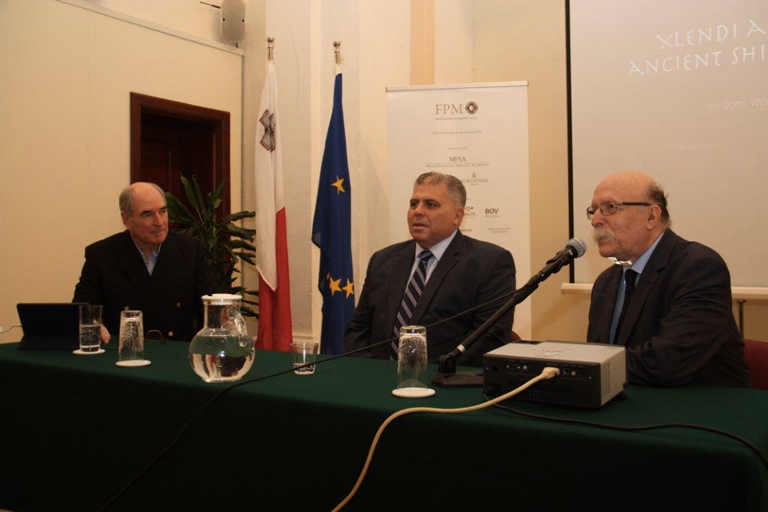 Xlendi and its Ancient Shipwrecks

On Saturday 29th November 2014, the book Xlendi and its Ancient Shipwrecks was launched at the Ministry for Gozo. This book, Palazzo Falson Historic House Museum’s first, is published in association with Fondazzjoni Patrimonju Malti, and describes the 1961 survey of the Xlendi wrecks which was led by John Woods, at the time a physics undergraduate and President of the Underwater Club at Imperial College London. He then spent the subsequent ten summers combining science and diving for the Royal Navy in Malta.

John Woods's career alternated between being a Professor of Oceanography (Southampton, Kiel and London) and a senior civil servant (UK Director of Marine & Atmospheric Sciences). In 2007 he shared in the Nobel Peace Prize for Climate. This narrative is complemented by original colour underwater photographs taken during the survey. The links to Palazzo Falson are strong as Olof Frederick Gollcher, who owned and lived in the Palazzo for many years of his life, was instrumental in enabling and guiding, together with the then Malta National Museum, this pioneering underwater exploration.