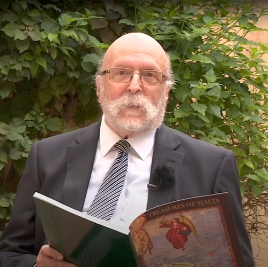 Giovanni Bonello has distinguished himself in both culture and the law. In culture he has left an indelible mark in researching, discovering and publishing his countless finds. He has provided new angles on the history of art in Malta as well as writing about myriad aspects of Maltese history. He has also written about the law, both critiques of contemporary judgements as well as delving into aspects of legal and constitutional history.

As a human rights lawyer in the 80s he was at the forefront of change, at difficult times where it took pluck to stand up and speak truth to power. He later took up a position as Judge at the European Court of Human Rights where his judgements, and particularly his separate opinions, were not just competent but groundbreaking. In sum, not only has he looked back and uncovered history, but he has also made history.